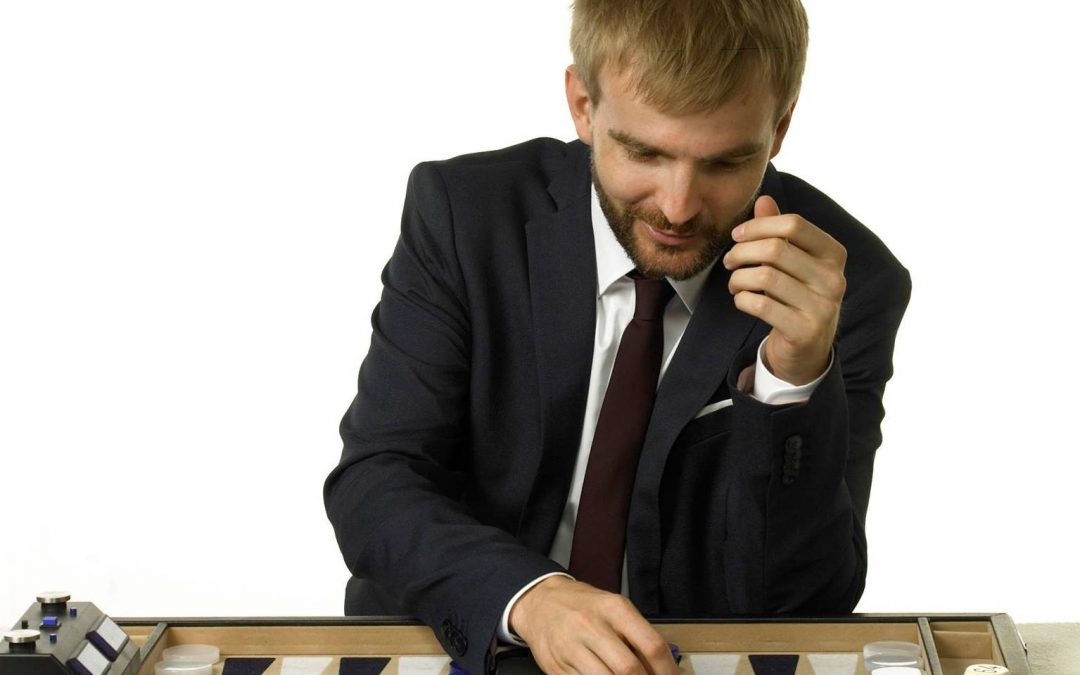 The freshly coined G1 Thomas Tenland is known for his enlightening advice on tricky positions, and we recently could appreciate his talent as a commentator, making him a precious contributor to the backgammon community.
He currently ranks 16 on the Flint BG Giants list and is a long-standing number one on Backgammon Studios opening-reply quiz with 200+ correct answers!
On the occasion of Thomas Tenland becoming a level G1 playing an incredible average PR of 2.92, placing him 6th on the BAMB ranking list, the WBGF decided to pay him homage with this interview.

How would you describe the fascination for backgammon?

Backgammon fascinates me in many ways. For one thing, it can be very beautiful, like other expressions of art or logic. The nature of the game rewards several of my greatest strengths.
The feeling of being fully immersed in a game of backgammon, focusing on one decision at a time with nothing else on your mind, is great. Then, there is the feeling of accomplishment and pleasure when you learn something new, improve or simply manage to do well.
There is the occasional opportunity to try to outsmart your opponent. Excellent features of the game like everyone standing a chance against everyone and the opportunity to practise whenever you want.

And, of course, rolling that well-timed 61 from the roof is a rush.

How did you discover backgammon?

I was first introduced to the game in my early twenties by my girlfriend at the time. A few years later I just out of the blue felt like exploring it further and bought Magriel’s Backgammon and Trice’s Backgammon Bootcamp (in addition to a couple of books that were awful). I read them and somehow found FIBS on the internet.

After playing online for a couple of months and analyzing my matches in GNUbg, I sought out live competition and found a tournament to be held in Copenhagen: Casino Copenhagen Backgammon Open. At the tournament, I met Mårten Howe and Aron Tendler from Malmö backgammon club.

I’ve heard that most players that are active today got very lucky in their first tournaments. I was no exception – I happened to win the intermediate division. To this day, this is the biggest event I have won in terms of number of participants! That being said, I am sure I would have kept on playing even if I hadn’t been so lucky; I was hooked on backgammon.

Can you tell us a bit about how you first became a GM and what this new level means to you?

I became a class-3 grandmaster in 2016, as a result of Danish XG Masters matches counting automatically for BMAB. I had only been playing backgammon for four years. Few people in the community knew of me, and most of those who did were very surprised, because not that long before, I had been a beginner. I remember being excited about the achievement and title. This is what I like about BMAB titles: they are objective, and when you play well enough, you get recognized for it. No sooner, no later.

Since my average live PR was something like a 3.8 then, becoming a sub-3 player seemed distant, and I was not sure that I would ever get there. Still, the target inspired me, precisely because it was hard to achieve and because it represented being one of the best players in the world. And I thought I had a lot of room for improvement; I felt I had so many weaknesses that it almost embarrassed me a little that I was being called a grandmaster.

I know I just told people not to focus too much on their PR numbers. But I must say that when my one-year live PR average dropped under a 3, it felt a bit special. This happened a few months before the corona outbreak. Since that skill level is now reflected in my BMAB PR too, I am a class-1 grandmaster. It feels great because it is the manifestation of having reached a big goal of mine.

How do you work to improve?

I play XG, go over my errors, try to find out the reasons behind them and how I can avoid them in the future. I do the same thing with my live matches. If I find an interesting topic that I feel like investigating further, I sometimes do some research using XG. For example, I have studied the opening thoroughly, and learned quite a bit about match-score-specific cube handling through systematic analysis.
What topics I have studied has been dictated mostly by interest, and not necessarily expected pay-off. I believe this has kept me motivated.

I sometimes discuss positions live or online with other players or take a quiz on Backgammon Studio. When new books appear, usually I read them to see if I can pick up something new and go over the positions in them to test my comprehension. In my first few years of playing, I took many backgammon lessons.

Would you rather win the World Championship in Monte Carlo or attain the BMAB super-grandmaster title?

If we ignore the financial part, I’d say the latter, because it would be something I accomplished as a consequence of great skill as opposed to largely by chance. But maybe the playing strength necessary for becoming a super-grandmaster comes in handy if you want to win the World Championship? I will have to ask Mochy.

Which players do you admire and why?

It is hard not to mention Mochy, given that he is the strongest backgammon player of all time. He seems to be a true professional in every way. He does a lot of work as an ambassador and promoter of the game. I like his transparency about not knowing every single position or thing about backgammon despite the fact that he is the best player in the world.

I am very impressed, astonished even, by how quickly Hideaki Ueda has reached such an incredible level of play. I have tremendous respect for several other top players and all-time greats, but right now, these two stand out.

What motivates you when you are a top player?

Challenging the best players definitely motivates me. Now that competition seems to get tougher than ever, my ego to an extent craves proving that I can keep up with, or even outplay, other top players.

But primarily, I am motivated to experience the flow and focus of a great competitive match, and I find satisfaction in getting new insights. For me, it is more a matter of enjoying what I do while trying to get a bit better and reach the next level, than comparing myself to player X or Y.

What if XG3 tells us to change the game completely, will you change your style with that?

Assuming that XG3 has the quality of XG2 (and more), I would definitely try to learn from it and would take close looks at parts of the game where the new bot was better than the old one.
It seems possible that XG3 could advocate purer opening and middle game play, for example, if it is better at playing deep backgames. If that leads me to believe that the new computer style of play is more profitable, then yes, I will try to incorporate the changes into my own game.

However, most hypothetical radical changes to optimal strategy would just constitute clear evidence that the new bot is of low quality, in which case I would obviously ignore its suggestions.

If you had one key advice to players whose progress is plateauing, what would it be?

Do what it takes to increase your understanding of backgammon.

Get feedback from stronger players on positions you don’t understand. Get a teacher. Read a new backgammon book. Read an old backgammon book. Play, analyze, and research on your own using XG. Take quizzes and find out where and why you went wrong. Watch XG play itself. Play online and analyze the match afterwards. Watch streamed matches with great commentary on YouTube.

Clearly, there are a lot of things you can do in order to increase your understanding of the game. Choose the ones you prefer, and perhaps the ones you think you need most.

When you analyze on your own, don’t just go through the motions! Don’t make a mistake and move on quickly to the next position! Put in the effort of trying to figure out why XG’s suggested play is better than yours. I suggest you use XG’s dice distribution functionality and investigate variants of your positions.

And don’t stare too much at your short-term PR progress. If you increase your understanding of backgammon, becoming a better player and lowering your PR are almost inevitable in the long run. Sometimes there are low-hanging fruits. Sometimes we have to accept that it takes time for things to click.

How do you see the future of our favorite game?

In Japan, it seems young players can in fact be recruited at high enough of a pace to make backgammon grow! (Again – my admiration for Mochy…)

I believe that board games in general will stay relevant and have their place in our high-tech society as a contrast or reaction to for example too much screen time.

Speaking of screen time, there is obviously online backgammon too, where there are other great opportunities. For example, if only a small subset of all the new players at Backgammon Galaxy could be turned into live backgammon players, then…

The future is bright!