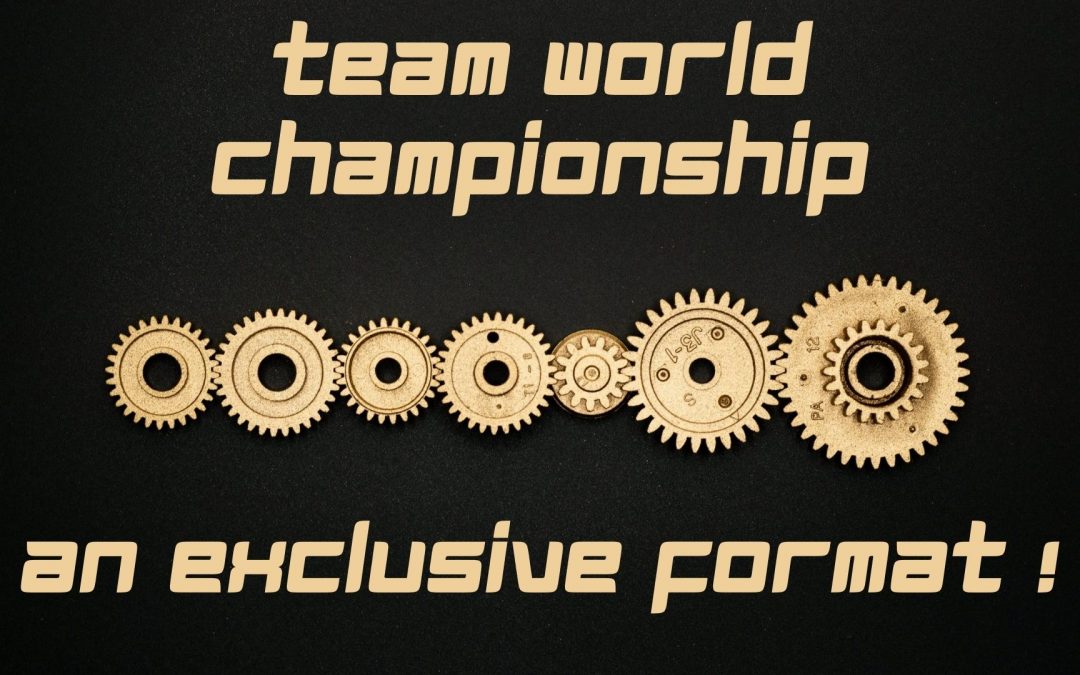 The Italian Grandmaster Carlo Melzi has concieved an exclusive format for the World Team Championship this year. With an awesome experience in developing innovative concepts related to backgammon formats both for “Circuito Nazionale Backgammon” and for the “Circolo del Backgammon Milano”, Carlo has developed a format that combines the best of the previous ones, plus key imporvements. In this interview, he explains in length this innovation.

1.Carlo, you are the mindmaster of the innovative format for the World Team Championship. Why a new format?

Carlo Melzi: Defining the best format for the team competition event is not an easy task. We (CNB Board) studied carefully the formats used in the past, and we felt that each of the formats had its own strengths, but a few shortcomings as well.

The idea of a qualification phase + playoffs is not new, and we have tested it in different competitions at club level and in side events of Italian CNB tournaments.The main challenge with this approach is to define the correct parameters in order to avoid redundancy of matches, which is obviously complicated by the fact that the number of participants is usually unknown.
In this regard, the World Team Championship has an advantage: the number of teams is not known in advance, but we can estimate with a good level of confidence that that number will be between 20 and 35. I decided to try to leverage on this assumption, and the solution to use one single group for all the teams, with 9 rounds and a fixed number of wins set to 6 to guarantee access to the playoffs seemed to work well right away within the given thresholds.
At that point, extensive simulations have been run with different parameters, initially in excel and later on SwissPerfect tournament software.
I have personally run more than 50 simulations with different numbers, and other simulations have been done by other members of the organizing committee.

2.What are the areas you’re looking to improve?

Carlo Melzi: We specifically wanted to prevent as much as possible the following circumstances from occurring:

– Times when both teams or -even worse- one team only to have to play non meaningful matches (with zero money equity on the line);

– Byes in crucial rounds that could grant qualification (or a money prize) to the lucky team, leaving other teams to fight for the same prize;

– The lack of clarity in the final phase, where the final winner depends on complex calculations and/or the outcome of a match played by others;

– Last but not least, we believe it is a nice feature, for an important event like the Team World Championship, to grant each team the possibility to play at least 4 full rounds of 9 point matches.

3.What essential features of your format should the Team Captains and players keep in mind?

Carlo Melzi: Here are the key features to keep in mind:

4. It all sounds very promising! Just out of curiosity, how much time have you spent on developing this format?

Carlo Melzi: We sarted working on an improved format in october. By the end of November, it was pretty much finalized. I believe that a total of more than 50 hours was spent between brainstorming, defining parameters, running simulations, discussing through messaging and online meetings, and finalizing the proposal in writing.

At the beginning I was considering coming up with a name playing with the words Lives and Deaths, but eventually decided not to.
We ended up naming the format 6-in / 4-out,or more generally X-in / Y-out, but if you have more “marketable” suggestions I’d be willing to hear them!
Are you in? Register here!